Pastor Kenny Loehe has served as lead teaching pastor of Battle Ground Bible Church since 2002. He earned his B.A. at Southeastern Bible College (1997) and his M.Div. at The Master’s Seminary (2001). In addition to his Sunday morning pulpit ministry, Pastor Kenny also teaches the StartingPoint membership class and an occasional NT Greek class. He and Stephanie have been married since 1998 and have been blessed with four daughters; Clarissa, Adi, Annalise and Maggie.

Joe Greer has been attending BGBC for the last 11 years with his wife Rochelle.  He has two adult step-children and 5 grandchildren. He served as a Deacon for 5 years before serving as an Elder starting in 2018.  He works as a software architect for Carbonite Inc. out of Indianapolis. In his spare time he enjoys trains, woodworking, and camping in his RV.

Todd Rice has been a member of BGBC since 2000. He has been serving as an elder since 2015. Prior to that Todd served as a deacon. Todd and his lovely wife Becky have two sons, Logan and Quincy. 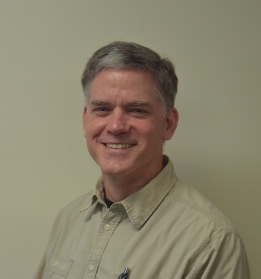 Cortland Starrett is married to Roxanne and together they have four grown children all raised at BGBC.  He has worshiped and served at Battle Ground since 1995 and makes a living as an engineer. In his spare time he likes reading, travel and fitness.